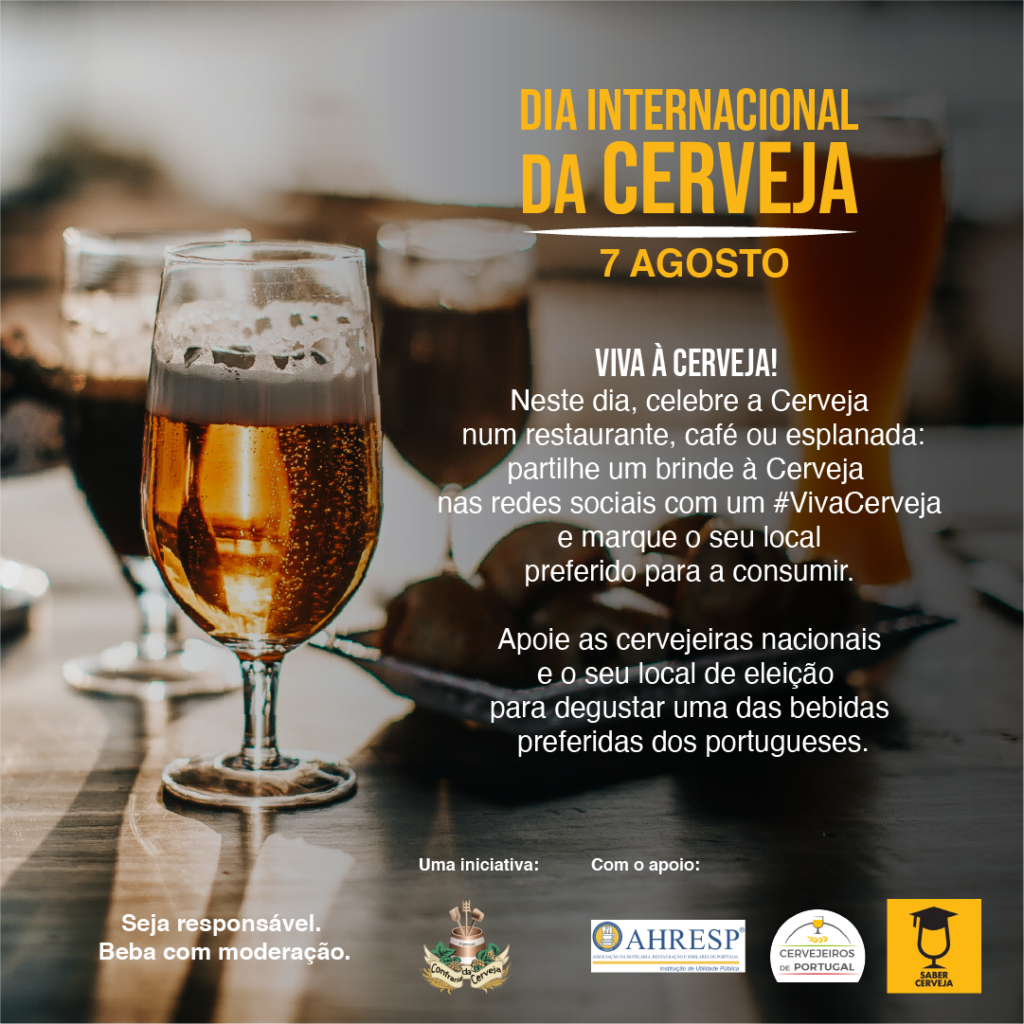 The International Beer Day is celebrated every year on the first Friday in August. Originating in 2007, the first celebration took place at a bar in Santa Cruz, California. To mark this anniversary, the Confraria da Cerveja, the association of Portuguese brewers, organised an event.

It was celebrated with the launch of a new Beer anthem “Viva a Cerveja”, a theme created and performed by a Portuguese band The Lucky Duckies, the first Portuguese-language anthem that is a tribute to beer, its consumers, confreres, Barley and hops producers, brewers and its entire value chain that today employs about 80,000 people.

This action also had the support of Portuguese Horeca Channel Association (AHRESP) to create social media movement supporting the beer sector and all restaurants, hotels and bars that better serve a beer: “In the International Beer Day share your beer toast and tag #VivaCerveja and your favourite place to drink it!”

Encouraging a movement that supports the beer sector and the Horeca channel, strongly affected by the current pandemic, Confraria da Cerveja and AHRESP – Association of Hotel, Restaurant and Similar Establishments of Portugal challenged all Portuguese to share their toast to beer in social networks, on the 7th of August, with the hashtag #VivaCerveja and marking your favourite place to enjoy a beer.

Brewers of Portugal Association and Beer Brotherwood launched the beer anthem “Viva a Cerveja”, a theme created and performed by the band “The Lucky Duckies”